What is Video Production

Video production is an art that denotes the process of creating video content by capturing moments as moving pictures and creating a balance in increment or reduction of parts of the recorded video and delivering finished edited video products. This process includes corporate video, commercial video, event videos Etc. Unlike the past when video was being captured in video tape or hard disk,now the latest electronic media such as SD cards is being used to restore the video clips.

“ We are operating in a world

where one good video can lead to a massive social following…” The emergence of video production came along Joseph Niepce’s first black and white picture in 1826, and became more prominent by the invention of Projector in 1895 by Thomas Edison. Later with advancement of technology, the appearance of color, sound in video clips and films, rise of computers, creation of linear and non-linear techniques in editing and invention of the first portable video recorder by Sony helps drastically in the development and success of video production.
Today, video became the most desirable successful medium to connect ,communicate and spread awareness or to inform the audiences about some target topic with its audio-visual story. Video can be found everywhere from educational institutions to advertising agencies, corporate sectors to social media. This became possible mostly because of the rapid increasement in the availability of video production resources to the common people. 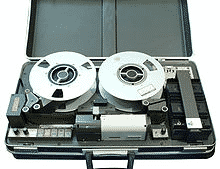 Music video is  one of the most profitable platforms to captivate or grab an audience and convey the message providing an interesting creative aura. It offers not only interest through its dialogue, sounds or storytelling but also influences audience with its creative power.There are some major steps to create a music video that involves in pre-production,production and post-production: process such as

Film production came into existence immediately after the invention of motion-picture cameras. In the early 20s production of motion pictures established in France, Russia, USA. Films were made in the traditional manner of theatre production earlier and then developed further to the film studios. Film production is the process of making a film through multiple steps in non-linear technique. This takes place at any motion picture studio or enterprises that experiments with different types of film as- feature motion pictures, documentary, animated films, educational film, commercial films Etc. Film production is characterised by an intimate interaction between art and technology, emotion and expression in a popular process. It contains five important stages to complete the process which are: Videography denotes the process of making a video clip from moving images on electronic media i.e. video tape or some streaming media. Earlier it was linked or considered as equivalent with cinematography, but later the invention of digital video recording by Sony distinguished the distinction between these two and established the individuality of Videography.